Adjusting to the impossible 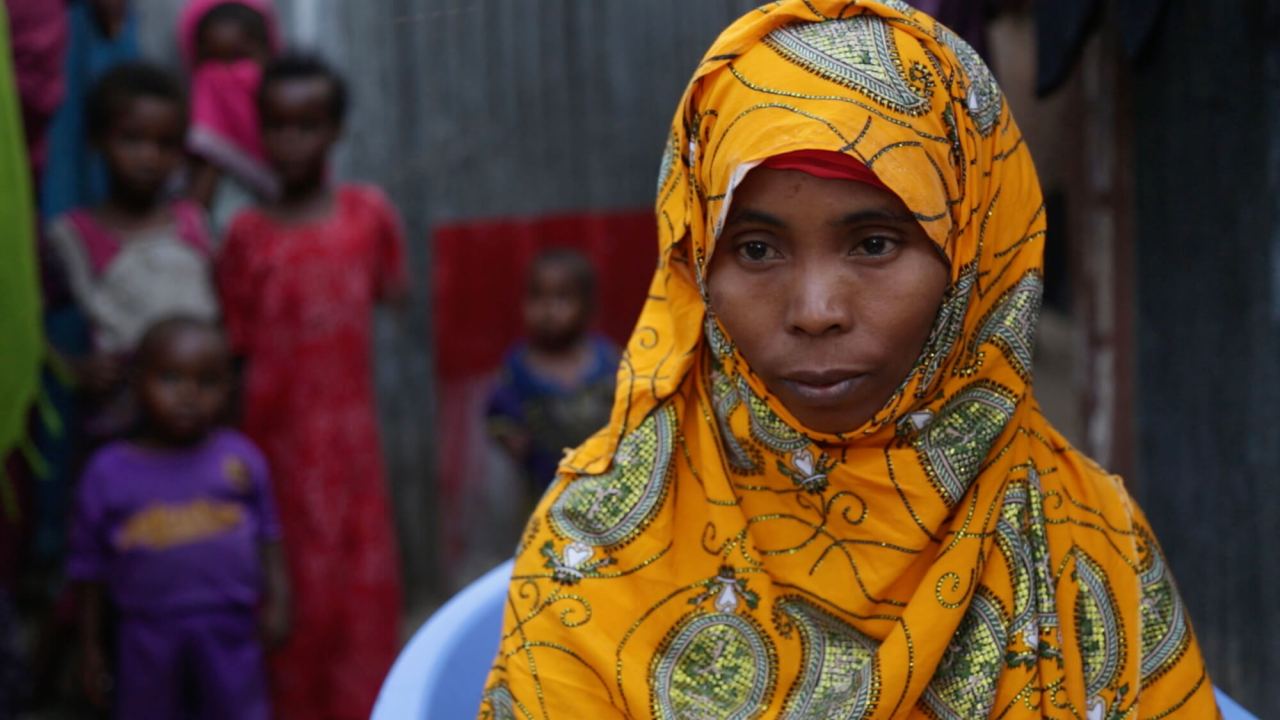 When Aisha Abukar arrived in Mogadishu from Jowhar in 2012, she knew that her life would never be the same again. She never imagined to be classified as a displaced person.

In Jowhar, Aisha was a notable banana farmer and used the income she earned from farming to support her family.

“I remember one day, a banana supplier called me from Mogadishu requesting a large shipment of bananas.  My life was good, I miss those times,” says Aisha.

In 2011, a little less than a year before her own displacement, Aisha was sitting at home as she watched many people walking with their belongings. She would soon learn that those people were fleeing the deadliest drought in Somalia’s recent history.

Forced to flee the 2011 drought

It was estimated that 250,000 people died during the 2011 drought and more than half were children under five, making it the worst famine in the past 25 years.

Aisha had lost some of her closest family in the drought and she could not risk staying. She fled Jowhar with her infant baby.

“This was the hardest experience of my life.”

With her child on her back, it took Aisha a whole day of walking 91 kilometers to reach Mogadishu.

When Aisha arrived in Mogadishu, she was able to get help through a family friend who would offer small space to live. She stayed at a camp near Mogadishu Stadium.

“It was difficult adapting to this new life,” says Aisha.

After being at the camp for only a month, Aisha would one day wake up to screams and the sounds of bulldozers. It was then she realized that she was being forcibly evicted.

“We shouted, but it seemed that no one heard us. We are poor people, but no one wants to help us.”

Left with no option but to move, Aisha sought help through another family friend and relocated to Sayidka Camp that is just meters away from the main Parliament Building.

Despite finding a ‘permanent’ place to live, she still finds it hard to cope with.

“I want to go back to my former home in Jowhar and farm again. I am passionate about business and want to become a successful businesswoman,” said Aisha.

Most evenings, you can see many school children surrounding Aisha’s home looking to buy her home-baked donuts and samosa.

“I sell samosas and donuts in an open-air space because I cannot afford to pay rent for a shop. My husband is currently jobless, so whatever little I earn I use to sustain our five kids,” she explains.

When asked what she thinks could be a long-term solution for the displacement crisis in Mogadishu, Aisha believes that the government and other stakeholders need to honestly engage displacement affected communities (DACs).

“I believe the only solution is to either provide us with adequate housing or facilitate our return back home.”

Aisha and the 500,000 displaced people in Mogadishu will soon be able to benefit from a program initiated by the Durable Solutions Unit (DSU), which is operating under the Benadir Regional Administration (BRA).

The Unit aims to support local integration, resettlement, and safe return of DACs with the overall vision to end displacement by 2023.

Like Aisha mentioned, Dr. Hodan Ali, the lead Humanitarian & Durable Solutions Coordinator also believes a solution can be found if all the stakeholders roll their sleeves up and get into action.

“Over 500,000 people are internally displaced in Mogadishu and 60% of them are under 18 years old. It is for sure the government’s responsibility to find sustainable solution or we will risk a whole generation,” says Dr. Ali.

Moreover, H.E. Abdirahman Omar Osman (Eng.Yarisow), Governor and Mayor of Mogadishu and his administration are taking the lead to create an enabling environment to find pragmatic solutions to the displacement problem.

“The launch of DSU means we are taking leadership in slowly phasing out displacement in a socially just and dignified way. My administration has a vision to see those displaced have secure land tenure and housing with legal protection and the re-integration of those displaced into wider city,” Aisha and DACs at large living in Mogadishu have high hopes of obtaining a permanent solution to their displacement by 2023.