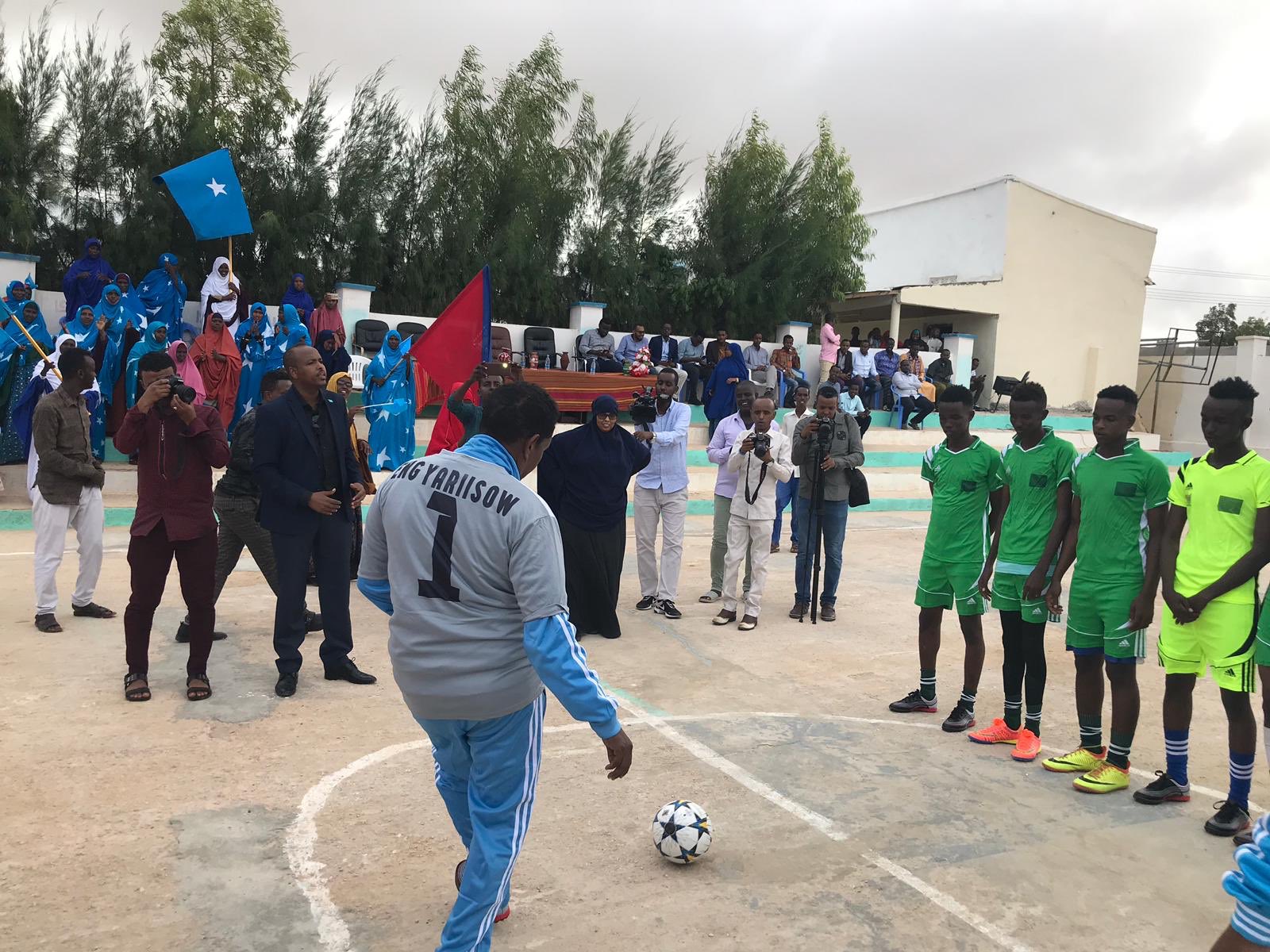 A football tournament co-sponsored by EU Re-Integ and the Benedir Regional Administration was held in Kaxda and Daynile districts.

Over 40 young people took part in the fun-filled stadium that brought together the displacement affected communities and the host.

Abdullahi, a youthful guy from the host community in Kaxda shares his plan and how the tournament has impacted his life.

“Personally as Abdullahi, I have a plan to help IDPs God Willing. Currently, I have nothing to offer but should I be in position, I will help them solve their basic amenities services and education,” He said.

Abdullahi goes on to suggest to the Benedir Regional Administration to engage the youths not only in sports but also nurture them in other different skills so as to allow them to be part of the development of the city.

The EU Re-Integ program run by the Durable Solutions Unit aims to create an inclusive prosperous region in which displacement affected communities have access to basic services and economic growth. The football tournament between the host and the IDPs seeks to promote social cohesion among both communities.

75% of Somalia’s population is youth who are mostly unemployed and unequipped with the necessary skills to compete in the global economy. Most Internally Displaced Persons live in unplanned and informal settlements in Mogadishu and about 55% of them are concentrated in two Mogadishu peripheral districts.

The football tournament between IDPs and the host community is the first time to be experienced in Benedir region.

“This is a great initiative and me as a youthful referee am yet to see such kind of tournament. I saw great social interaction and that itself is what soccer is all about,” Ahmed Hassan Hussein, referee of the match.