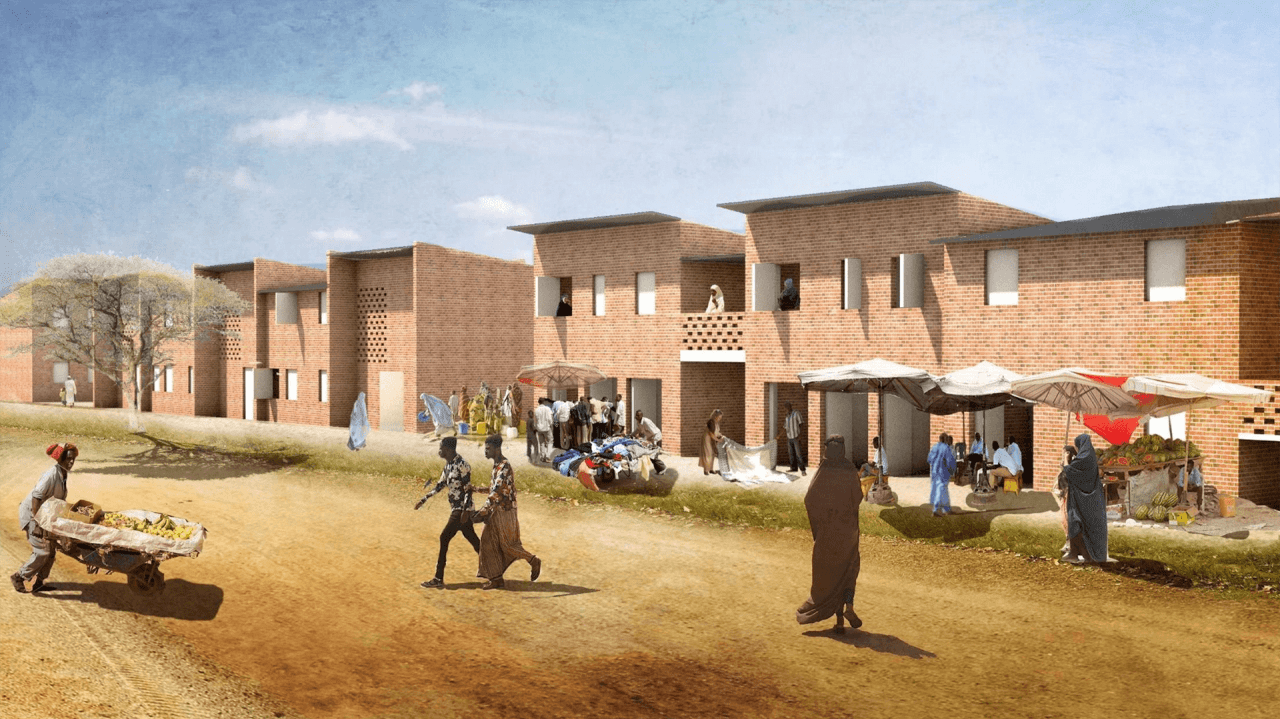 We are proud to present the first social housing project to be implemented in Mogadishu in over three decades by the Benadir Regional Administration through the Durable Solutions Unit. 300 new social housing units have been commissioned for displacement affected communities.

Road Network and Land Use​

With an annual growth rate of 6.2%, Mogadishu is one of the fastest-growing urban areas in the world. Further afield in other parts of Somalia, urban growth is steadily rising both in terms of population and landmass. This growth, however, is developing against the backdrop of a country ravaged by decades of conflict and natural disasters. Over the next decade, growth in Somalia’s biggest cities can be seen as a huge opportunity to harmonize with the huge economic growth and the potential it will inevitably bring. With over 800,000 Internally Displaced Persons, there is a housing crisis, characterized primarily by an inaccessible formal market. Due to years of insecurity, there has been a dearth of investment in the Somali economy.

Though, with seeming stabilization of some urban areas and with strong political will, there is a strong desire to rebrand Somalia as a viable destination for private sector investment and inclusion of wider stakeholders such as a vibrant diaspora. This investment must also apply when it comes to development aid – where government-led and owned processes are nurtured and capacity for sustainable development is envisioned.

Through the EU-Re-integ – Benadir Regional Administration partnership in January 2019 the municipality with the support of the Mayor’s office set up the Durable Solutions Unit. Tasked with the finding lasting solutions to protracted displacement and ensuring that Mogadishu’s over 800,000 displacement affected communities are found socially just and viable options to thrive.

The EU-REINTEG project is a joint Benadir Regional Administration and United Nations initiative, it originates from and directly supports the Somalia IDP Solutions initiative led by the Federal Government of Somalia and the UN Resident and Humanitarian Coordinator and it builds on the primary role and responsibility of local authority solutions to find lasting and sustainable solutions in ending protracted displacement in the region.

The social housing pilot is for 300 new housing units that will house over 1,500 persons and potentially benefit thousands more with new commercial units, medical facilities and public spaces. The units are divided into two different typologies – with one being a two floor – four-unit block made for families of up to seven individuals.

The second typology is simply one single unit – this has been designed with inclusion in mind and would house elderly and disabled constituents.

The Area of Heliwa is currently undergoing huge changes – historically an underserved neighbourhood in an equally underserved district, it is increasingly becoming a choice location for Mogadishians and those new to the city to move to the neighbourhood due to its relative affordability and ample space.

The biggest infrastructure projects proposed in the district have so far been the World Bank Interlock road, the Bal’ad – Jowhar road that will pass through the district and into the neighbouring federal member state Hiirshabelle. These investments have proven to be a huge opportunity for the district and citizens alike and would drastically change the area into a gateway into Benadir from the rich, breadbasket neighbouring districts of Middle Shabelle and Hiraan.

Wahar Adde and its surrounding environs had its first settlement during the Siyaad Barre era, in the late 1970s when due to large scale urban development in the city’s core – the municiplaity moved thousands of families from inner city neighbourhoods such as Afarta Jardiino, some parts of Howlwadaag, Wardhiigley and Kaaran to the outskirts – offering cheap incentives to entice voluntary relocation. This is where the name “Heliwaa” originated from meaning in Somali “Somewhere unique” – the name was a propaganda tool to encourage the spread of the city, however, due to its distance the area soon became to be known as “Huriwaa” which translates to somewhere without adequate infrastructure leading to an age-old joke.

On assessing the area plan the biggest take-away from it is there are plenty of social and community assets close to the site – school, medical centre, mosque, police station and the market all seem to be within walking distance to the site. The area strategy should focus on developing the existing social and community assets instead of building new ones in the housing site location. The aim of upgrading these community assets is to foster social cohesion and also protect the rights of the host community by improving their living conditions through upgrading and supporting of key community infrastructures. During the initial site visit, the Benadir Regional Administration (BRA) team visited the site and identified the MCH and school as needing more capacity to take in the new residents.

The only social and community asset that we are building within the site is some commercial space usage for residents and the host community and also a multi-purpose community centre. The Multipurpose community centre will be accessible for all Somalis and for both Men and Women – especially during prayer hours. Although there are two main Mosques nearby, we identified the need for spatial access for those who are disabled or in a wheelchair and a space for women to pray as religious centres often do not cater for their needs.

Upgrading of existing social and community assets alone cannot achieve the desired goal of community inter dependency and cohesion. The communities will have to walk to their destinations there-by increasing the level of danger and women choosing to miss out on critical social assets due to fear of walking around at night. However, walkability theme directly links with IOM’s vision for communities with access to livelihood services. Therefore, street lighting will be supported in critical areas where communities may walk at night.

Planning for accessible infrastructure will also be a key dimension in how the Benadir Regional Administration approaches Wahar Adde. As per Beneficiary selection criteria, some 20% of the social housing will be allocated to households with psychical or mental disabilities.

Design features will be implemented to accommodate the needs of the 20% disabled persons households – however, this will also reflect the plan for the area and the way that it would be developed in the future. Some recommendations would be upgrading existing infrastructure and spaces to meet the needs of all communities.

View of the Central Road

Mogadishu faces a lot of challenges that continue to linger and perhaps threaten project successes. The security context in the city is often unpredictable and any project or programme associated with government could be seen as a threat to terrorist groups that operate in Somalia. Mogadishu’s great strides and progress in governance is something to celebrate – however, some areas like Heliwa are underserved and perhaps do not have the strongest government presence.

This presents the Benadir Regional Administration the opportunity to engage its constituents and broaden its reach for local governance in Mogadishu through this exciting social housing programme. Another potential challenge could be the sensitive post-conflict environment that is Mogadishu – communities may be wary or suspicious about IDPs being resettled into their neighbourhoods and may resist. To mitigate this issue that could arise – we included the host community through consultative workshops and engagement programmes. Some of the houses will be allocated for the host community – the host community will also benefit with various upgrading opportunities as well as infrastructure and service delivery upgrades.

Planning for Economic Development and Opportunities

The existing bedrock for economic development in the district lies within the strategic location it is positioned in at the crossroads between neighbouring breadbasket regions and a crucial road network. The site area of Wahar Adde has a small but functioning market that opens from 5am until 4pm every day – mostly selling produce such as Fruit, Vegetable, Milk, clothing fabrics, hand-made baskets, there are also some spaces where they have Barbers and petrol stations.

The biggest hindrance for economic development planning within this strategic area is lack of infrastructure – upon assessment community businesses are restricted to staying open during daylight hours due to zero streetlighting on the road of the market. During discussions with the District Commissioner of Heliwa, we found out that there are only 34 Solar street-lights in the entire district.

The installation of street lighting along the main road, and the route to and from social and community assets such as schools, mosques and community centres would encourage social cohesion beyond daylight hours on an unprecedented level. The solar street lighting is a main feature in the area development strategy as it will be a gateway to uplifting and upgrading existing community structures.